Today our exciting journey to America has begun!!! At 5 am we met at KGH and took the bus to the airport in Düsseldorf. There we first checked in and were allowed to board the plane after the security checks. Since the planes of other passengers came too late, we did not depart as planned at 8:15 am, but at 8:45 am. When we arrived at our stopover in Amsterdam, we had to hurry to catch the flight to Minneapolis in time. The flight was very long and exhausting. When we arrived in Minneapolis we had to do the immigration and were then able to pick up our suitcases and finally travel to Prior Lake. Fun Fact: Mifi, had to dispose of her Bifi at the airport. 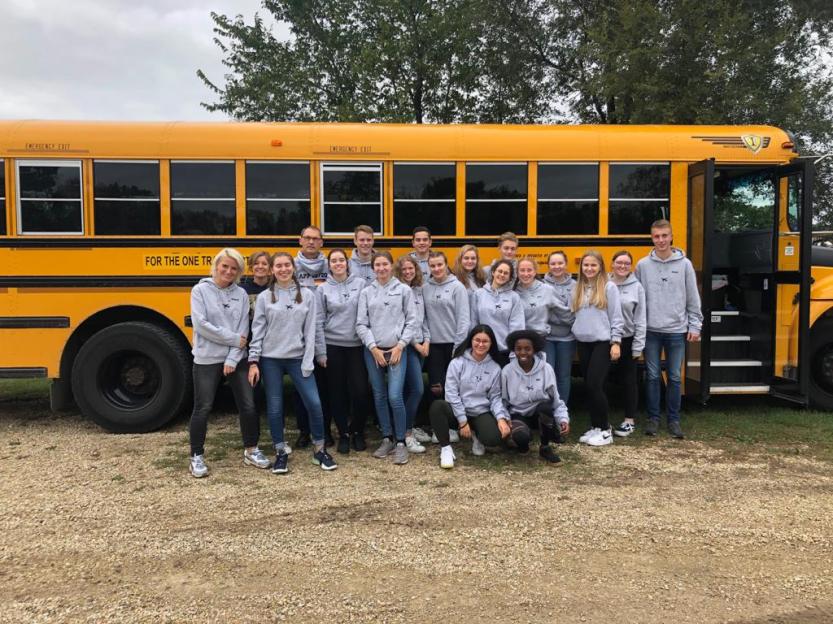 Then, Mrs. Pope picked us up from the airport with an American school bus and drove us to the school, where we were warmly welcomed by our exchange students. 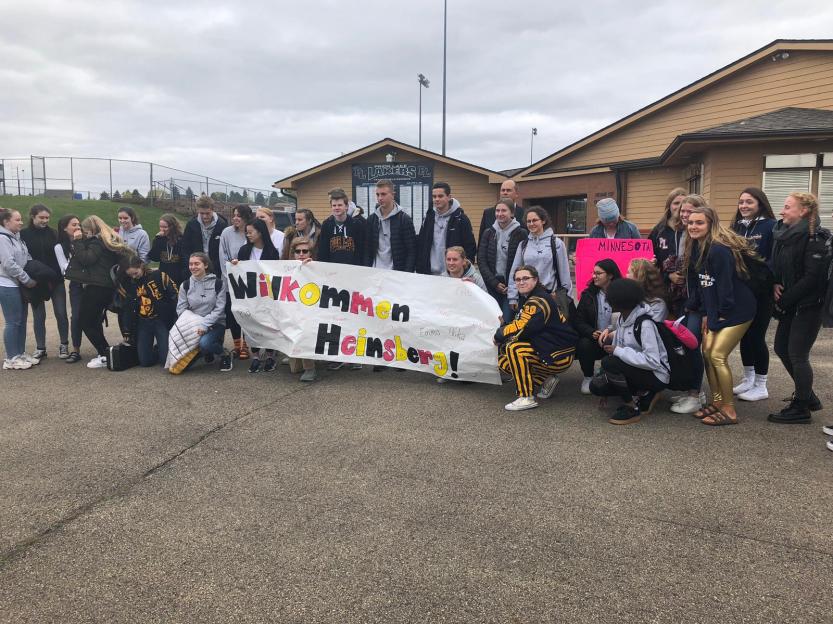 After that everyone went home with their exchange student and got to know their family. After preparing for the homecoming game with our exchange students and their friends and putting on the colours navy, gold and pink, we all went to the football game. 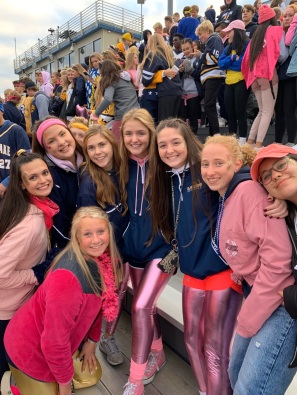 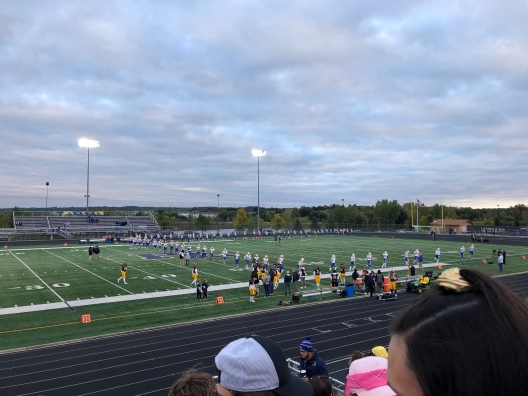 The game and the atmosphere there were just incredible and exciting. It was very cold and we were very tired by then because we had been awake for over 24 hours.

Unfortunately the Lakers lost 16:20 against the Knights, but it was a very nice first day.